Blood on the snow – by Mary Wallace (Adult) 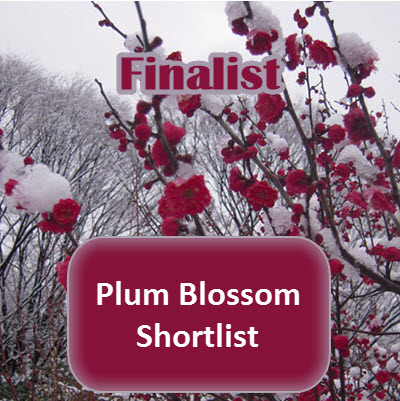 Joe looked forward to his cup of tea in the beautiful surrounds; the Retirement Village he now called home was a good place to live.

He hoped that the new owners of the house he had shared with Joy for the last 60 years appreciated their garden.  After Joy’s death the sale had been inevitable. Joe was aware that his health was deteriorating at a faster rate than expected, but only he knew how hard he had held on for the last few years. It was a relief to be able to gently let go.

Turning to put the teacup on the bench, his eyes were drawn to the beautiful plum tree, its blossoms like blood on the snow. Memory coursed through him. They had been so young; two soldiers, children seeking excitement. Frank had found in Joe a brother but Joe had found in Frank so much more. Lying close together in the trenches, Frank would talk of the future, his sweetheart Joy always on his lips. Joe was content to just be close.

As memories stirred again, Joe’s eyes filled with tears. Blood on the snow! That final day as he had crawled towards his friend, his ears had captured the words spoken with Frank’s last breath. He had accepted the charge; of course he would care for Joy.

Joe brushed away the tears and smiled. It had been a good life. Joy had realized early how things had stood, and a lie had been unnecessary. They had spent a lifetime together loving their garden, and loving and remembering the same man.

He sighed quietly, his eyes drawn once more to the plum blossoms. He hoped their reunion would come quickly.

Learn more about this author:

Learn more about the contest which inspired this story:  Fleur 2020-02 Plum Blossom